Norton Antivirus vs Windows Defender, which antivirus suite should you rely on for computer protection this 2022?

Read this comprehensive comparison to make a smart decision. This article will show you how Norton antivirus and Windows Defender fare in terms of features, malware protection, user-friendliness, impact on computer performance, and cost.

What is Windows Defender?

Windows Defender is a component of the Microsoft Windows operating system delivering built-in and comprehensive security protection for your computer. Its component includes anti-malware, antivirus, firewall, and more that helps in keeping your computer safe.

What is Norton Antivirus?

Norton Antivirus is an all-rounder antivirus and anti-malware program. It was developed and distributed by NortonLifeLock in 1991 as part of the broad Norton family of computer security products. 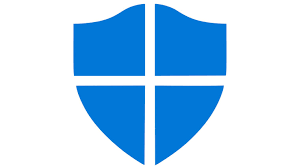 Most cybersecurity companies provide a range of security products at various price points. However, Microsoft only offers a free security solution without a paid-for upgrade with extra utilities or tools.

Since Windows Defender comes as an integral part of the Windows OS, you don’t have to set it up since it’s already a built-in component and Microsoft managed it for you. This freeware is good enough to detect most faulty files, malware programs, and viruses. Unfortunately, it might not be able to detect newer malware programs. It does offer Parental Controls, but only applicable if you’re using Microsoft Edge.

As a basic, free antivirus program, it doesn’t come with advanced features such as password manager, file shredder, VPN, and internet security.

Moving to Norton, as a paid program, you’ll get every single security feature you need. There are also a variety of products you can choose from with lots of useful features which are certainly much better than what Defender offers.

All Norton products offer comprehensive malware and antivirus scanning along with an array of other features such as smart firewall, password manager, VPN, webcam protection, dark web monitoring, and cloud storage.

If you choose the more expensive products like the Ultimate Plus, you can get advanced features like identity lock, phone takeover monitoring, home title monitoring SSN & Credit Alerts, data breach notifications and so much more.

So, in terms of features, Windows Defender can’t really compete with the Norton antivirus.

In terms of protecting your computer, Window Defender is quite accurate in detecting malware that is already present in Microsoft’s database.

So, if there’s any commonly known virus, malware, or other threats that try to attack your computer, Windows Defender can eliminate them right away. In addition, Windows Defender does offer real-time protection as well as cloud-based monitoring to scan and detect any ongoing threats immediately.

Norton, on the other hand, as we already said before, is an all-rounder antivirus program. So, whatever you get offered by the Windows Defender, Norton can do all of that too, with sheer perfection.

In addition to protecting you against malware, it also excels at keeping your privacy intact and saving you from threats when surfing online. Also, since Norton uses machine learning and AI, even the most uncommon threat will be detected and eliminated.

So, in this round, we’d say that Norton does provide better Malware protection. Windows Defender is good but not as comprehensive as Norton’s protection.

Windows Defender is a favorite in terms of the user interface. As a part of the Windows OS, most people are already accustomed to its UI. It offers a minimalist UI with all features being super easy to find and use.

Similar to Windows Defender, Norton antivirus also have a decluttered and simple interface. Unlike most advanced antivirus suites, Norton is simple, airy, and bright, in shades of green and white. It is well-designed and all features are placed strategically in separate sections. Even new users won’t have a hard time navigating Norton.

Overall, both Windows Defender and Norton offer a simple and user-friendly interface, suitable even for newbies.

How the antivirus program affects your computer’s performance is another big concern that you need to think about.

Since Windows Defender is an integral component of the Windows OS, Microsoft already optimized it so you’ll never feel its existence as it protects your computer. In fact, even if it’s working at its full potential in the background, Windows Defender won’t affect your computer’s performance and slowing it down so much that you start to notice it.

The same can be said with Norton antivirus. Although a 3rd party program, Norton is lightweight and doesn’t interrupt or slow down your PC that much.  It is well-optimized that can even give a head-to-head competition with Windows Defender, which is a built-in component of the OS.

For that, Norton gains extra points and takes the win in this category.

Norton antivirus may be one of the best computer protection software out there, but that’s because you pay for what you need. Windows Defender, on the other hand, works amazingly and has some of the most critical security features, for free.

While Windows Defender may seem lacking when compared to Norton’s numerous features it does offer comprehensive protection that every computer needs for free.

That said, there is nothing to compare between the two since Windows Defender doesn’t have a price tag and Norton is a paid product. Still, if you’re looking for a cost-effective option, Windows Defender takes the win.

Is Windows Defender enough to protect my computer?

As far as free antivirus software goes, Windows Defender does provide reliable anti-malware security and protection. It is enough to protect your computer from common threats. However, it’s nowhere near as good as 3rd party premium antivirus suites since it lacks the more advanced and updated features.

Can I use both Norton and Windows Defender?

Yes! Norton antivirus and Windows Defender can run together. That said, Windows Defender will be inactive in the background. Also, it’s not smart to move to run both solutions simultaneously since it can impact your system performance.

In conclusion, we believe that Norton is a better antivirus program, winning 3 out of the 5 categories above. Unlike Windows Defender with its basic protection offerings, Norton is full-blown antivirus software that offers you all the advanced utilities and features to fully protect you against security threats.